14 ounces sweetened condensed milk (one can)
1 cup non-dairy whipped topping
1/2 cup key lime juice
1 cup graham cracker crumbs
2 tablespoons brown sugar
pinch of salt
1/4 cup melted butter
Key Lime Pie How To Video
Using a wire whisk, combine condensed milk and non-dairy whipped topping. Slowly add in the juice, mixing while you add it in. The juice will cause a chemical reaction to take place and the mixture will thicken. You want to whip it to a thick consistency but not over mix, because that will break the chemical reaction. Place the mixture in the fridge while you prep the crust.
For the crust, combine graham cracker crumbs, brown sugar, and pinch of salt. Pour in the melted butter until the mixture is nice and firm and pat it down into an ungreased glass pie dish. Bake in the oven at 325 degrees Fahrenheit for 10 minutes. Let it cool for an hour.

Pour the Key Lime mixture into the Pie and refrigerate until ready to serve.

It's been three years!  THREE years.  So many good things have happened and sadly, there's been loss as well.  I'll be updating my blog with progress reports on our near-the-lake-house renovation, our adventures and growing family, and life in general. Stay tuned.

My Stress Free Sleepover Under The Stars

I went to Girl's Camp (again!) but not as a director, I was a visitor. I stayed for the last night and camped under the stars on the grassy knoll.  It was a slumber party reunion with the girls, leaders and the new camp directors.  It was so FUN and the best part was that I was RELAXED and enjoyed every bit of it. 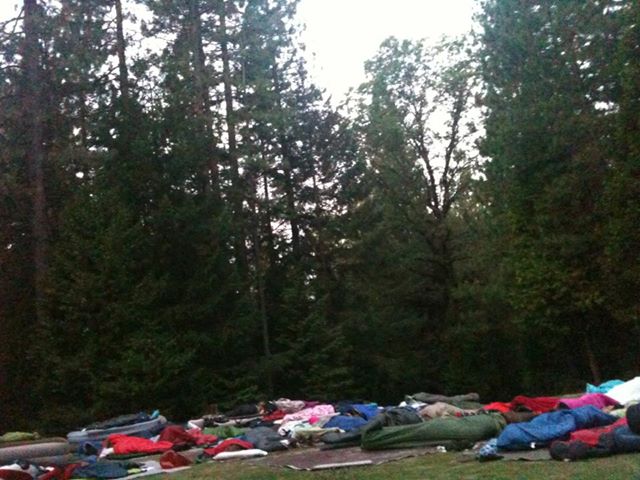 At sunrise on Saturday morning, I took this picture and thought about the events of last year's camp and how this "Sleepover under the Stars" tradition came to be.   The story goes like this:
For the past three years (2010-2012) I was a camp director for these young women.   It was a huge responsibility and it took an enormous amount of time for me and my assistant directors to plan.  Our efforts paid off and we had a blast all three years although the real anxiety excitement happened during our last year as directors for Girl's Camp 2012.

During the week before camp, I was informed that bears were frequenting the area but were more pesky than they were problematic.  We were camping at the edge of a national forest and it was wild berry season after all.  As a director it was my responsibility to make sure the 40 staff members were aware of the situation, that all of the candy, food and hygiene items from each campsite were to be stored in bear box containers at one central location.  It was not easy but we did it without unnecessary alarm and without frightening the girls.  That, my friends, was no easy task!

From day one of camp we experienced some minor problems.  The bears got into the trash enclosures  and then started visiting the pavilion in the middle of the night trying to open the commercial refrigerators.  I reported the problems to the offsite camp operator and the Department of Fish and Game sent a trapper and dogs to keep the bears away, not only because we are youth camp but also because we had special needs girls that had unpredictable behavior.

The bears continued to come back to camp each night and on Thursday night  one bear successfully broke open a locked commercial refrigerator eating the food and stealing a bag of insulin that was needed for several campers.  As the summer heat escalated, the dogs were at risk of heat exhaustion and could only be used in emergency situations. A bear trap was brought in but those pesky bears knew how to evade it.

On Friday night the tracker noticed that one bear exhibited escalating behaviors and for the safety of everyone in camp, we slept on the grass knoll, gathered together as closely as possible with staff around the outside perimeter.  We called it a "Sleepover under the Stars". The dogs were sent out that night and during the wee hours of Saturday morning the bear was trapped just 30 feet from our dining area.  It was a night full of anxiety and I did not sleep.  My assistants and the staff managed to keep the girls occupied and safe.  It was such a fun night (for them - not me!) and they requested it become an annual tradition.

So this year I went back to Girls Camp 2013 as a visitor and I slept under the stars with a bunch of girls and it was awesomely STRESS FREE (for me).  And there were no bears in sight.  The end. 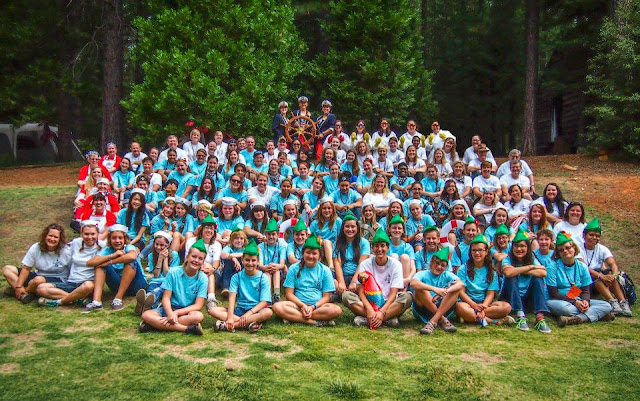 Plans for today are much like every year
except this year is the HOTTEST July on record in Sacramento!!
Crazy temps close to 110 degrees
The weather will largely determine how much we actually do today:
----------
8am Pancake breakfast with friends
10am Parade
12pm - La Fiesta for lunch
1:30pm Movie - The Lone Ranger  The minion movie - can't remember the name
4pm BBQ with family  Games - too full to eat
9pm Fireworks extravaganza!!
-----------
Happy Independence Day 2013 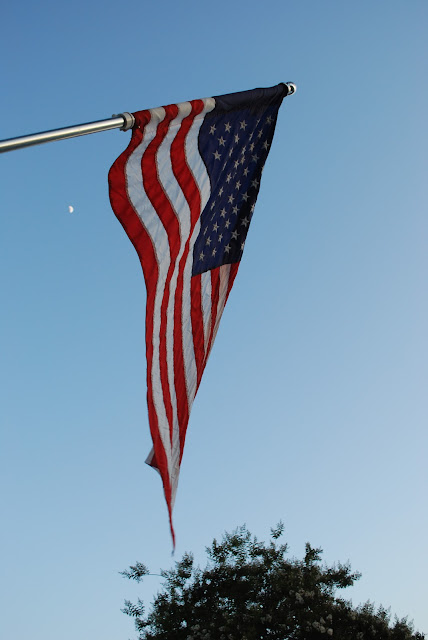 My Adventure in Baking with International Friends 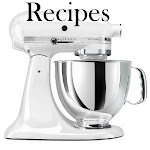